New Arts Center For Boca Raton Here Is The Plan

Art is a draw.

Residents and businesses in West Palm Beach know this from the success of the Kravis Center and the $100 million expansion of the Norton Museum of Art. Both cultural venues are cited as factors for the city’s population growth and corporate expansion.

Now Boca Raton could join the arts spotlight as two groups vie to build a multi-theater performing arts complex in the city.

One group, led by Boca Ballet Theatre’s Dan Guin, wants to build a campus of arts venues on 19 acres of city-owned land, east of the Boca Raton Library on Spanish River Boulevard.

Informally dubbed the Performing Arts District, or PAD, the complex would feature up to four theaters, ranging in size from a venue for live theater and ballet of 1,000 seats, to a black-box venue of 150-200 seats for boutique shows or children’s theater. Another theater with 450 seats, plus a small chamber music recital hall, also are envisioned for the PAD.

Boca Raton resident and financier Emil Bernard is leading another plan. Bernard wants to build an enclosed performing arts center on the open-air amphitheater at Mizner Park. Bernard once made pitches to buy TWA Airlines and U.S. Airways through a shell company called Global Airlines.

Guin’s plan is further along. His group has hired attorney Michael Marshalland will make a presentation before an Oct. 9 city council workshop.

Guin said Boca Raton is ripe for its own cultural complex. While it does not have to be as large as the Kravis, there’s plenty of demand in the community for a dedicated center, he said.

The growth of the city’s arts groups, reflected in the Boca Raton Cultural Consortium at artsinboca.org, reflects the variety of arts massing in the city, from Boca Ballet to the Harid Conservatory to the Symphonia Orchestra, Guin said.

“We’ve got 12 groups that are in support and want to use the space, and four or five groups that will be major tenants,” Guin said.

Both proposals will be pricey, $75 million or more to build. Guin would also like to establish a separate foundation to ensure the PAD has financial support into the future.

He’s hoping Boca Raton’s generous philanthropy community will step up and donate money. “It’s going to be a heavy lift,” he acknowledged. “We would hope to have civic help from the city, the county and from the community.”

Bernard’s plan, which he said is a “smaller version of the Kravis,” would feature a stage that could hold up to 1,500 seats. In addition, he would create a separate 250-seat venue for a comedy club or cabaret and piano bar, plus a black box theater with 150 to 200 seats.

Bernard said the enclosed performing arts complex would revitalize Mizner Park, a mixed-use center along Federal Highway downtown that has seen a number of restaurants and stores close.

Bernard also wants to build towers on either side of the performing arts complex. One tower would be a hotel with a rooftop restaurant, and the other would be a condominium. The towers would create revenue to pay off the construction loan and provide capital to operate the theaters, he said. He’d also build at least three levels of parking.

Zieger a longtime actor, director and producer, has performed on and off Broadway and in major national tours. Locally, Zieger has produced and directed performances such as Man of LaMancha and Roar of the Greasepaint.

Skiba, who is an actor, director, set and lighting designer, as well as an architect, is designing the theater complex. Both Zieger and Skiba would be the artistic directors of the complex, Zieger said.

Bernard hopes to interest both the city and the Community Redevelopment Agency in granting him use of the amphitheater land. He said he’s already in touch with major banks willing to lend money to build the complex. And to retain the amphitheater feel in the city, he suggests building one in front ofFlorida Atlantic University on Glades Road, on land owned by the Lake Worth Drainage District.

City Councilwoman Andrea O’Rourke, who also serves as chairwoman of the CRA, said doing away with the amphitheater and the downtown open green space is a tough move, especially after a proposal last year to build apartments on the site generated strong resident opposition.

“It’s a beloved, iconic space,” O’Rourke said of the amphitheater. “I don’t think it behooves us to put a major development on that property.”

O’Rourke is more enthusiastic about the PAD. Rather than crowd downtown with more towers, she’s intrigued by the idea of creating a campus of buildings with lake views and an artsy vibe set among nature.

Boca Raton Mayor Scott Singer said he couldn’t comment because he’s not yet familiar with the proposals. 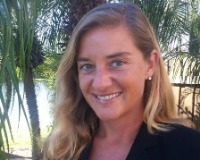