TALLAHASSEE, Fla. – May 29, 2019 – A little nudging for storm prep shouldn't be necessary after Matthew battered Florida's east coast in 2016, Irma essentially drenched the entire state in 2017, and Michael ground up a chunk of the Panhandle last year.

Still, Floridians will have seven days to build a hurricane-season stockpile – including batteries, flashlights and radios – free of sales taxes, beginning Friday.

"You'll have the opportunity to get pretty much whatever you need. It is very important to do so," says James Miller, the Florida Retail Federation's external affairs director. "Make sure you have your disaster preparedness and emergency kits ready to go, because we ultimately will have a storm at some point."

The discount is part of a tax-relief package (HB 7123) that lawmakers and Gov. Ron DeSantis approved earlier this month.

The week-long sales tax holiday is expected to save shoppers $800,000, nearly one-tenth of the total tax-package savings projected for the fiscal year beginning July 1, according to state economists.

The discounted items will likely coincide with hurricane-season enticements from businesses, such as Lowes, Home Depot and Harbor Freight, that are already highlighting the arrival of the six-month 2019 Atlantic Hurricane Season, which begins Saturday.

The discounted supplies are just part of what Floridians need to be prepared for any disaster, says Mark Wool, meteorologist with the National Weather Service in Tallahassee.

"You need to be able to be self-sufficient, without the aid of anyone else, including EMS (emergency medical services), for three to five days," Wool said. "We need a gallon of water per person and pet per day, non-perishable foods, flashlights, battery-powered radios, batteries for your flashlight, prescriptions, and make sure your gas tank is full."

Jim Zingale, executive director of the Florida Department of Revenue, encouraged all Floridians to exploit the "holiday."

"While living in and visiting Florida offers many benefits and advantages, it is important to keep the potential for severe weather hazards and threats in mind," Zingale says.

Items eligible for the May 31-June 6 tax break

The rental or repair of items doesn't qualify for the exemption, and items sold at airports and theme parks aren't included in the deal. 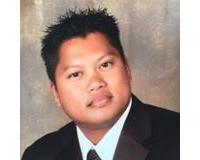